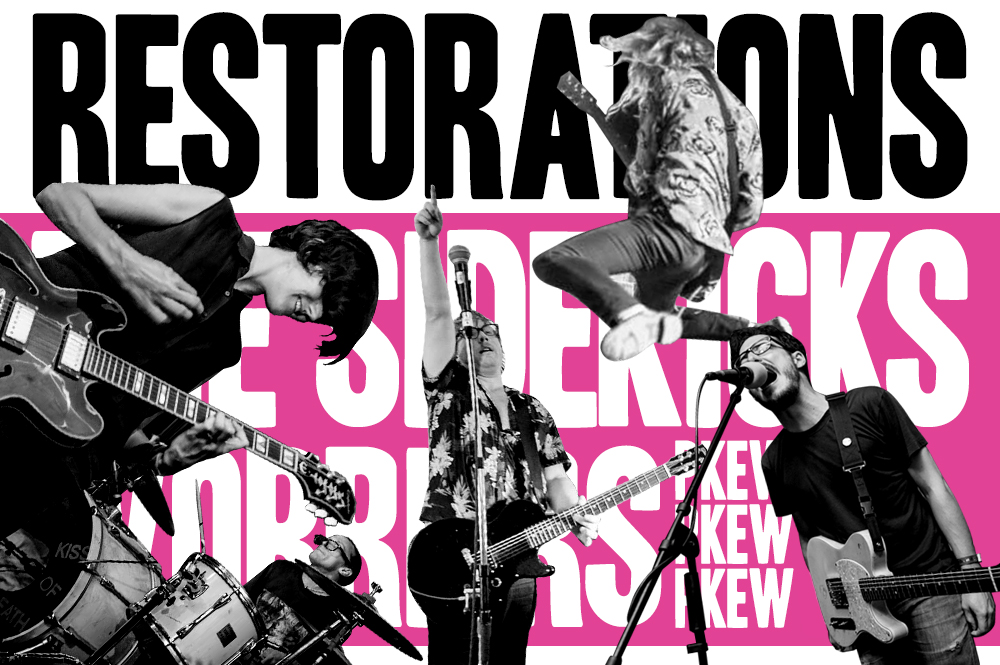 Formed in 2006, The Sidekicks worked their butts off playing shows, sleeping on floors, and recording on shoestring budgets. As they matured, so did their music – this is evident by the contrast of 2007’s So Long Soggy Dog and into 2012’s Awkward Breeds. In 2014 they released Runners In The Nerved World on Epitaph Records, which earned them high scores from Pitchfork.com, where Steve Ciolek’s voice is compared to that of Band of Horses.

Breakin’ Even Fest will host them right before they embark on recording their 5th Full Length, their 2nd on Epitaph. We’re excited to hear the next evolution of their song writing.

We saw Pkew Pkew Pkew open for PUP at DC9 and fell in love. They are a hilarious band out of Toronto who have mastered the art of writing songs about skating, pizza, and people telling them to turn it down. They’ve jammed it all into one Self Titled masterpiece. And by the way, not only do they have their own hot sauce (Asshole Pandemic), they just wrapped a tour with Anti-Flag & Reel Big Fish.

Philly rock band, Restorations have an immense sound. Their songs swirl through their crowds, and if you take a moment to look around it’s almost as if everything is moving in unison. Though this is their first time at Songbyrd, they’ve played all the DC staples – DC9, Black Cat & Rock And Roll Hotel.

The band has worked with Jon Low (producer of The National’s Trouble Will Find Me) on their last 2 LPs, simply named LP2 & LP3. Their Breakin’ Even Fest performance will be their only performance between now and May.

They’ve been featured on NPR’s Tiny Desk series, and also recorded a 12 minute instrumental for Call + Response at DC’s Hole In The Sky entitled, Alright Boys, When We Get To The Airport, There Will Be Absolutely No Place To Land which 16 artists then interpreted into visual art. We hope you’re ready as ever to spend the night with these dudes.

Worriers is the brainchild of Lauren Denitzio with the help of various stand outs in the punk rock scene. Their approach to melodic punk rock has earned them tours with Beach Slang, Against Me!, and soon in support of The Weakerthans’ John K. Samson for his latest solo album.

Worriers’ first LP Imaginary Life was produced by Laura Jane Grace and was released on Don Giovanni Records in 2015.